A Faith that Endures

Psalm 23 is a scripture passage most Christians are familiar with. For myself, it took on a whole new meaning in the last few years as they have been the most challenging and painful years of my life. I know I am not alone. I have heard many say they have been tried and tested the last couple years like never before and it was not just because of Covid. I realize also, that what I have gone through pales in comparison to what others have experienced.

Hopefully, sharing my experience and what I have learned from it will help others.

Psalm 23:5 says, "You prepare a table for me in the presence of my enemies. You anoint my head with oil, my cup overflows."

In the past I interpreted the word "enemies" to mean people who were against me or the devil that wanted to destroy me. I have since learned that it encompasses so much more. I believe it also has to do with the storms of life and negative situations we find ourselves in.

The Lord desires to get us to the place where we can rise above our circumstances. He wants to get us to the place where our soul is calm and at peace even when there is a whirlwind swirling around us. He wants us to enjoy the intimacy of being in his presence and not even noticing when evil is knocking at our door. He is our feast. He is our banquet. He wants to be our all in all, free from all distractions.

The trials that we go through can become a gift that strengthens our faith, which is more precious than gold, if we will let it and we don't give up. Also, through our sufferings we can come to know aspects of God's nature that we wouldn't otherwise have the opportunity to discover. One question we can even ask the Lord when we are suffering is, "Who do you want to be for me during this season of my life that you couldn't be in any other time?"

You are probably curious about what I have endured in the last 3 years. Many of you know that in 2019, my husband was diagnosed with a rare form of sarcoma that manifested in a grapefruit size tumor on his arm. He went through chemo, surgery and radiation. Praise God, we can say he is now cancer free.

If my trials had just stopped there, I wouldn't have risen to the heights the Lord wanted to take me to. Instead the pressure continued like grapes in a wine press.  One of our daughters suddenly became bedridden in January of 2020. She spent nearly a year in bed, unable to function, with me as her nurse, bringing food to her bed so she would eat and stay alive. I took her to every doctor imaginable, plus a week in the hospital and a multitude of tests, trying to get to the bottom of what was going on, with little to no answers. Needless to say, she was not able to even go to school or do school work, increasingly falling behind.

In January of 2021, I had another daughter fall ill. It started off with what seemed like a virus but she wasn't getting better. She even had several Covid tests but they were all negative. After a couple months of not being able to get out of bed, I finally had to withdraw her from school too. She also was not well enough to do school at home and again I was a nurse to another child, bringing her 3 meals a day in bed to keep her alive. Again, we lived at the doctors, negatively affecting the ability to homeschool another daughter that needed one on one instruction and still not getting any answers.

I spent nearly every day crying tears of desperation. I would wake up in the middle of the night crying and praying desperate prayers. I would spontaneously start crying in the grocery store or other public places. I was definitely grieving the life I dreamed I was supposed to have and as a mom I felt completely helpless because I didn't know what was wrong with my children.

To add insult to injury, in the middle of it all, Tom lost his job at the church and was initially given 2 weeks notice to find another job. We felt rejected and hurt by leadership.

In prayer, however, the Lord had a different perspective. He kept telling me to come up higher. I wasn't sure what that meant or what it looked like. I didn't know how I could ascend the heights and have joy when my children were suffering. He asked me if I thought the saints in Heaven were sad because of their loved ones on earth who are suffering. I realized they probably were not sad because they were enjoying the beatific vision.

It still took many more months of tears before I figured out how to come up higher and ascend the heights. I felt that could only happen if he healed my daughters and if my husband got a good job that paid well.

Neither of those things happened and I continued in my pain until one day I was drawn to John 15. This is the parable of the vine and the branches. I've always wondered what Jesus meant when he said "abide in me as I abide in you." 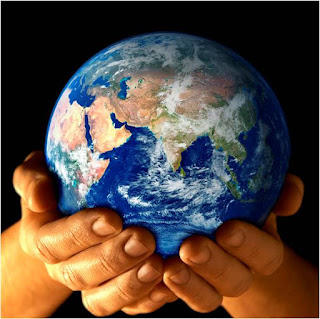 I often reflect on the fact that Christ lives in me but what did it mean to abide in him. I tend to be a very imaginative person so I thought I would try to imagine myself actually in Christ's body, looking out of his eyes and seeing things from his perspective.

As I spiritually began to place myself in Christ, these other things began to fall away. I suddenly felt a new freedom and peace I hadn't felt in a long time. I realized this was what the Lord meant when he said, "Come up higher!"