The Most Important Thing... 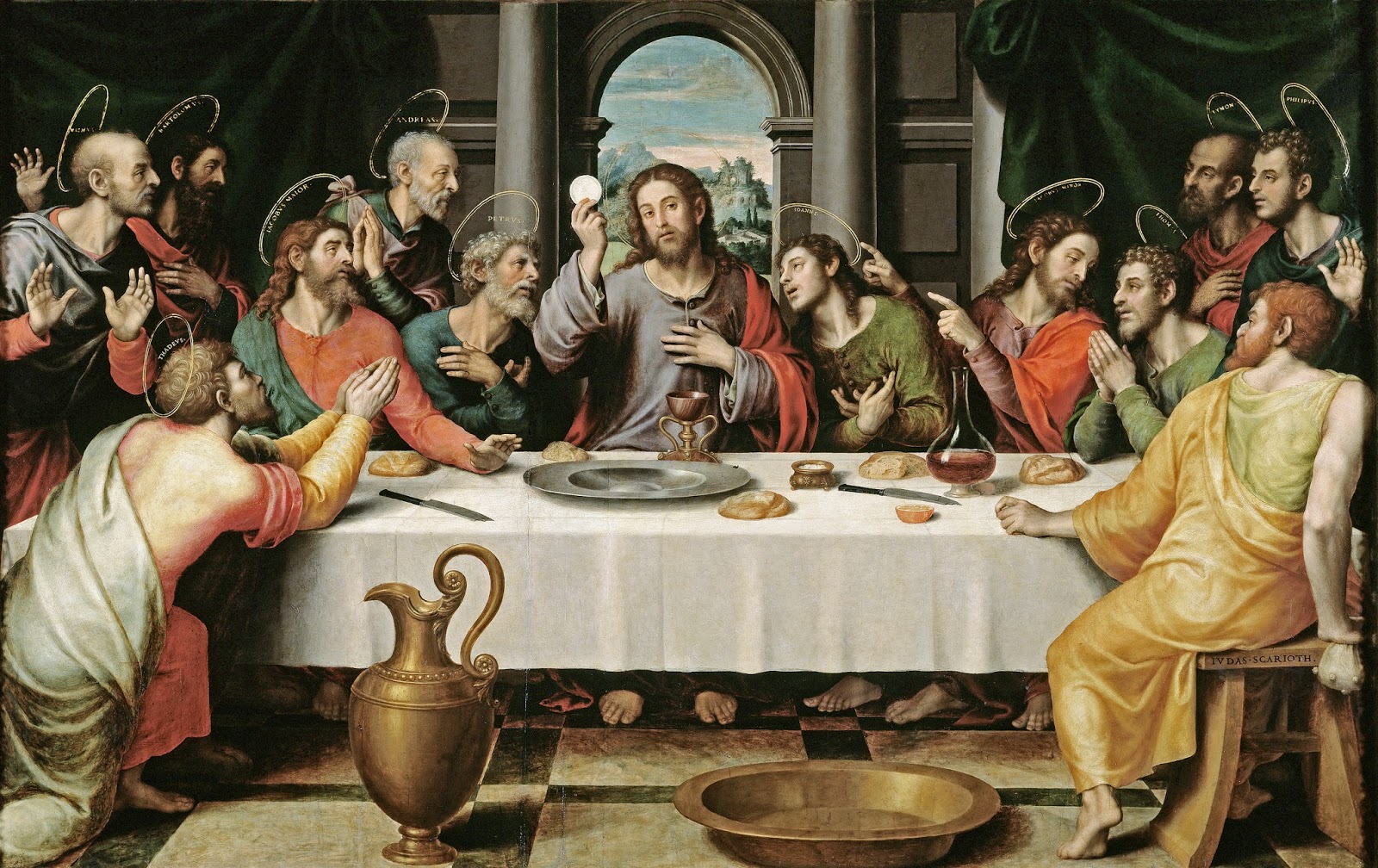 Recently I had a conversation with a dear friend of mine. She is a Protestant and she has been burned by most of the churches she has been involved with. She and her husband have encountered numerous people in the Church that have been anything but loving; people that have been caught up in a power trip and their own agendas. Currently they are not involved in any church and she was lamenting to me that they do not know where to go anymore. I encouraged her to seek the truth and seek intimacy with Jesus. I told her the problem with many of the churches she has belonged to is they were starting in the wrong place. They were seeking the things of God instead of God himself. They were also seeking community for community's sake instead of first seeking intimacy with Jesus, his presence, and the Kingdom of God.

Intimacy with Jesus leads to love and is the right foundation to build a house on. A house built on any other foundation will crumble and fall (Matthew 7:24-27) which is what literally happened to a couple of the churches Tom and I were involved with in the past. I then had an epiphany based on the Annunciation of what led Tom and I to leave the Catholic Church 15 years ago. There were things on our heart we believed to be from God that we desired to do. Going off of what we knew in the natural, we didn't see how those desires could be fulfilled within the framework of the Catholic Church.

During the Annunciation, when  the angel Gabriel asked Mary to bear the Son of God in her womb, she asked, "How can this be since I have no relations with a man?" She didn't understand how it would come about, but she believed that nothing was impossible with God (Luke 1:24-47). Tom and I, however, had trouble believing how the desires of our heart would be fulfilled as Catholics so we went outside the Church to try and find community and operate in our gifts. The churches that we got involved with were also seeking these things first and in the end they crumbled and fell. When Jesus is the center and focus then community naturally flows out of that and it becomes strong and healthy and thrives.

I then told my friend that the reason we became Catholic again was because we recognized it to be true and believed Jesus was truly present; body, blood, soul and divinity in the Eucharist. I told her there are only two things you can believe regarding the Eucharist; either it really is the Body of Christ or Catholics are idolaters and we worship bread. However, if it really is the Body of Christ then that is something to seriously consider.

My friend asked me if they would encounter mean people in the Catholic Church. I told her they probably would because there are Catholics that need to be evangelized and who are in need of transformation. Also wherever there are people, there is going to be sin. The difference is that there is an Apostolic covenant there and even if there is sin, Jesus is still present in the Eucharist and grace is imparted through the other Sacraments. From my experience, when there is major sin among people and especially the leadership in Protestant churches, it's as if God's presence leaves the building.

A Protestant speaker and prophetic person that I respect a great deal is Graham Cooke. One thing he talks about is seeking a habitation of God instead of just a visitation. There are some Protestant churches that have a certain level of habitation and the presence of God is very tangible from the moment you walk in the building. That occurs when those churches are centered on intimacy with Jesus, prayer and a true gospel message centered on the cross of Christ. Unfortunately my friend is discovering that that kind of church is hard to find. Every Catholic Church however has that habitation and has for over 2000 years. The gates of hell shall not prevail against her (Matthew 16:18)! The Catholic Church is not perfect and often there could be better preaching but the good thing is it is not all about the priest. I believe there is no higher form of worship than the Catholic Mass and the greatest level of intimacy we can experience with the Lord here on earth comes from being able to receive him in the Eucharist.

I still do not have a clear vision of how the desires of my heart and promises the Lord has given me are going to be fullfilled within the walls of the Catholic Church but I am choosing to wait and trust because the most important thing is, this is where I find Jesus and intimacy with him. Spiritual intimacy with Jesus is the most important thing. Everything else is secondary.

One of my favorite bible verses is 2 Corinthians 3:18 - And we all, who with unveiled faces contemplate the Lord's glory, are being transformed into his image with ever-increasing glory, which comes from the Lord, who is the Spirit.

Anyone who thinks that walking with the Lord and the spiritual life is boring probably isn't serving the same God I serve or perhaps they are just not in need of as much transformation as I am. With the Lord there is never a dull moment especially as we press into the light. The more transformation a person needs, the more exciting it can be.

Now I will admit that as we press into God, we can feel a little schizophrenic at times even if we are not. As we press in, insecurities, fears, anger, depression and anxiety can rise to the surface of our heart. Darkness can seem to consume us and make us want to run in the other direction and escape to idols. When we are in that dark place, it can feel like we are being lowered into a dark well. God can seem very distant but in actuality, he is holding us so close we can not see him. If we will persevere during those times and join our sufferings to Christ, remembering that there is nothing negative we can experience that he didn't experience, especially on the cross because he took on our sin, we will be transformed from glory to glory into the Lord's image.

We can also find consolation in the fact that we are not alone. Besides the Lord experiencing this kind of darkness, so did many of the Saints. St, John of the Cross has a whole book about the 'Dark Night of the Soul'. Mother Theresa experienced it for forty years. Can you imagine the glory she is experiencing now?! 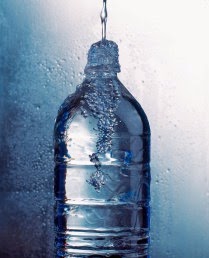 The analogy most often used to describe this process and one that is found in the bible is of gold being refined in the fire which is an excellent analogy. When gold encounters fire it causes the dross or scum to surface and then it needs to be skimmed off. In the same way as we encounter the fire of God's love (Hebrews 12:29), the impurities in our own heart will surface and need to be skimmed off. Just like the gold, as we surrender to God's love and allow him to do this work in us, we will shine brighter and be even more beautiful than before, giving greater glory to God.

Another analogy that can be used to describe this process is a bottle with a little bit of soap at the bottom. You may not even notice that there is soap in the bottom of the bottle until you pour water into it. This causes bubbles to form and rise to the surface. The only thing that will cause the bubbles to rise and come out is to continue to pour water into the bottle. Eventually the water will run clear. As we allow the water of the Holy Spirit to pour into us, imperfections will rise to the surface. As we persevere and continue to allow the water in, the imperfections will leave and we will experience more of God's presence and greater clarity in our life.

Now, it is almost not natural to put oneself in a place to experience this kind of discomfort. That is why if we are trying to walk in the light of Christ, the world will hate us. My four year old made a pretty profound statement recently as she said, "The soldiers killed Jesus because they didn't like light and Jesus is the light of the world." In John 15:18, Jesus says, "If the world hates you, keep in mind that it hated me first." There are many who are not going to "get" us. That's okay. As we give our whole selves over to Christ whole heartily, leaving the World behind, the glory we will encounter and become will far surpass anything the world could have offered (Matthew 19:29).

Hebrews 12:1-3 - Therefore, since we have so great a cloud of witnesses surrounding us, let us also lay aside every encumbrance and the sin which so easily entangles us, and let us run with endurance the race that is set before us, fixing our eyes on Jesus, the author and perfecter of faith, who for the joy set before Him endured the cross, despising the shame, and has sat down at the right hand of the throne of God. For consider Him who has endured such hostility by sinners against Himself, so that you will not grow weary and lose heart.
Posted by Lisa at 7:44 AM No comments:

One thing that serves as a  great consolation to the heart of Jesus and helps give him strength to continually pour himself out and give himself to us in the Eucharist is his people laying their lives down and joining their sufferings to his sufferings. Every disappointment, every tear, every heartache, every physical suffering joined to the heart of Christ becomes a sweet smelling offering of crushed wheat given at the table of the Lord. Jesus then takes this finest wheat and forms it into bread which is consecrated into Jesus' body and blood, broken and given for us all.
Posted by Lisa at 6:02 AM No comments: