Better to have Loved and Lost...

I really have it on my heart to write about what I have learned through my miscarriage.  Even though about 50 percent of women experience miscarriage, I am finding that it is almost taboo to talk about.  The reason might be different for different people.  For some it may just be too painful to talk about and others think it is too personal of a topic. Still another reason that I am finding out about is a feeling of shame. Some women actually feel there is something wrong with them that they were not able to carry a healthy baby to term. One woman even recently shared with me that a neighbor told her it was probably for the best because she had enough kids. If it will help others, I am willing to talk about my experience and what I have learned from it. 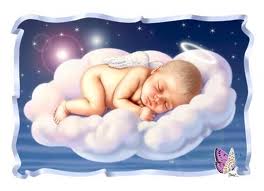 From the moment I found out I was pregnant, I had a real sense of just how sacred this little life was.  When I lost the baby, I felt like it was the Lord showing me that even though this life was short, it was no less important. Part of the pain of the miscarriage was that I didn't see it coming.  The thought didn't even enter my mind.  Thinking about it however, I am glad the Lord didn't show me because I may not have bonded with my child.  I have also wondered what I would have done if the Lord had told me even before I conceived, "I would like you to conceive a baby but this baby will only live 9 short weeks and then I will bring him to heaven."  I believe I still would have said yes. Whether a life lives only a few short weeks in the womb or 100 years on this earth, it is still sacred and a precious gift. Bringing a new life into the world that will go on to live into eternity is something to be proud of. I can honestly say at this point that I feel as though I have gained something instead of lost.

I will admit that I grieved for about a week but at the same time the Lord was whispering sweet nothings in my ear and it made it hard to be sad.  One thing that was painful for me to think about was the possibility of the baby being a boy because I believe God has promised me a boy.  While in prayer, I felt like the Lord said, "Thank you for giving me your first son."  When I heard those words however, I had peace.  Heck, how can you be upset when Jesus thanks you for something?!

Another thing that was on my mind after I had my miscarriage is something the Lord revealed to me regarding aborted babies.  I felt like he showed me that one of the tragedies behind abortion is that these babies were not given the opportunity to sacrifice for others and grow in love.  Even Jesus said, in regards to Judas committing suicide is, it would have been better if he hadn't been born (Matt.26:24).  This indicates to me that it is not a good thing not to ever be born.  I was praying about this and believe the Lord showed me something pretty profound.  I felt like he showed me that miscarried babies like mine, benefit from our love and willingness to sacrifice for them and they carry that grace up to heaven with them.  We felt led to name our son, Benjamin. Benjamin in the bible was the beloved youngest son of Jacob.  It comforts me to think of my Benjamin almost with a glowing, neon sign on him that says CHERISHED! All the angels are probably gawking at him saying, "Wow, he was really loved!!!" Even though Benjamin didn't get to sacrifice and grow in love, he benefited from our love and sacrifice for him.

One thing that has really been on my heart lately--and that I have been praying about--is the plight of aborted babies.  It makes me sad to think they didn't have parents that were able to love them and willing to sacrifice for them.  I have been asking the Lord if there is anything I could do to help them have the same glory as our Benjamin.  Who knows, maybe through this the Lord is stirring up a calling in me.  For now at least, it is leading me to intercede on their behalf.
Posted by Lisa at 8:57 AM 5 comments:

Email ThisBlogThis!Share to TwitterShare to FacebookShare to Pinterest
Labels: miscarriage

The quickest way to be purified by the Lord is to have him look straight at you and into your heart. Several years ago I had a vision of the Lord's eyes.  They were periwinkle blue and see through like glass.  They were beautiful beyond description and when he looked at me they seemed to pierce right through me and my heart was laid bare. I asked him how to back up my experience with scripture because the only scripture I knew of that described his eyes was from Revelation 1:14 - "His eyes were like blazing fire." I felt like he asked, "Can't you just take things at face value?" but then he answered my question and asked, "What is the hottest part of the flame?" I then realized that the hottest part of the flame was the bottom of the flame which is periwinkle blue.

The next several weeks proved rather challenging and were bittersweet as memories from my past started coming to the surface and the Lord came into those memories with his purifying work. In much the same way as gold is purified in the fire, the dross in my heart came to the surface and needed to be skimmed off. This is not necessarily a fun process but necessary to become more like Jesus and become brighter so his glory can shine through us. I hope some day I will get to the point where people can look in my eyes and see the love of Christ looking back at them.

2 Chronicles16:9 - "For the eyes of the Lord range throughout the earth to strengthen those whose hearts are fully committed to him."

Email ThisBlogThis!Share to TwitterShare to FacebookShare to Pinterest
Labels: eyes of the Lord, purification 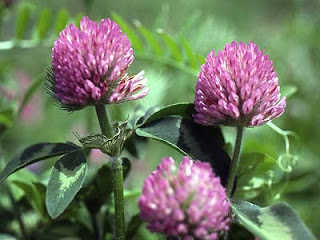 When I was a little girl we lived out in the country and there were lots of little purple flowers called clover blossoms that would grow in the field.  Somehow I discovered that if you pulled off a petal and sucked on it,  it contained sweet nector. I don't know if many people would  know that about this unassuming flower.  In the same way, when we join our sufferings to Christ's sufferings they become so sweet. Somehow when we join our sufferings to Christ, he takes them and turns them into something beautiful.  He has a way of turning our sorrow into joy.

"The holy sufferings of Jesus is a sea of sorrows, but it is also a sea of love.  Ask the Lord to teach you to fish in this sea.  Immerse yourself in it, and , no matter how deeply you go, you will never reach the bottom.  Allow yourself to be penetrated with love and sorrow. In this way you will make the sufferings of the gentle Jesus your own. Fish for the  pearls of the virtues of Jesus. This holy fishing is done without words." - St. Paul of the Cross
Posted by Lisa at 10:42 AM 1 comment: