The Battle Belongs to the Lord!

Sometimes you go on retreats or to conferences and it is like a mountain top experience, then you enter back into the real world and nothing really changes. I do not feel that is the case with the Encounter conference I went to two weeks ago. I truly believe it was life-changing and the right timing for me. It has been two weeks so I've had some time to process and start applying what was imparted to me at the conference.

If you haven't yet watched the "Fearless" Documentary", I would seriously recommend it! The guys who started Encounter ministries and put on the Encounter conference, were on it. I cried the first time I saw it. I was so moved to see Catholics doing "Power Evangelism" (a term coined by the late John Wimber). Tom and I were big followers of John Wimber 20 year ago and part of the reason we left the Catholic Church was because we wanted to "do the stuff" like Wimber talked about. Twenty years ago, it didn't seem like the Catholic Church was open to that and it seemed like too big of a ship to turn around so we left and joined the Vineyard church. Wimber is the one that started the Association of Vineyard Churches. I applaud Fr. Mathias and Patrick, the founders of Encounter, that they remained Catholic even though they received an impartation through Randy Clark after reading his book, There is More. Randy Clark is a Protestant. He started the ministry Global Awakening that crosses denominational lines. He even wrote a book recently with Dr. Mary Healy (a Catholic professor at Sacred Heart Major Seminary) called Spiritual Gifts Handbook. Saying that I am excited about what I see happening right now in the Church is an understatement!

Anyway, I'm going to be real now, I was desperate by the time the conference came around. I have a heart for evangelization and a strong desire to reach the people around me but I also realized that things needed to change in my life and in my family first.

As many of you know, I have 6 kids. My oldest is 24 and my youngest is about to turn 5. Just because I've been open to life doesn't mean it has been easy! By the time number 6 came around, I was tired and didn't feel I had much more to give. Number 6 also happened to be our first boy. I feel he isn't just one boy, but ten boys rolled up in one!

Also, since we moved to Indiana, even though it has been a good thing for our family, it has not been without it's share of stress. I think it has especially been hard on Isaac. That first year he would constantly say he missed Florida, he wanted to go back to his "red" house, he wanted to go to Disney World, etc. I think all the grief he was experiencing was also causing him to act out.

Anyway, in the last year or so, things have really spiraled out of control in our home. I don't know if it was the stress of moving here or we just needed a good house blessing (I've been told that a very violent family lived in our house before us) or both.

To give you an idea of what was going on, there was no peace in our home. My children were constantly fighting, bickering, complaining and being disrespectful. My youngest two were especially out of control. The defiance and disrespect was off the charts! I honestly did not look forward to waking up each morning knowing what I would probably be dealing with. I was at a loss as to what to do. Every evening we would try to pray together as a family but Isaac would never join us and it would usually end in children fighting. I was very discouraged to say the least!

At the conference, renewal in my family was one of the main things I was crying out to the Lord for. God answered my prayer and I returned home feeling empowered and reinvigorated to reclaim my family for the Lord. 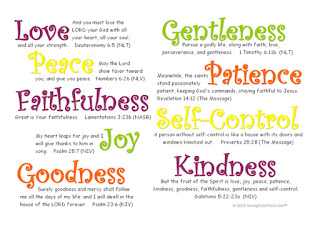 Okay, so we knew what we were dealing with and there may be a battle ahead. I clung to a scripture given to me at the conference however. It was Exodus 14:14 - The Lord will fight for you, you have only to be still! 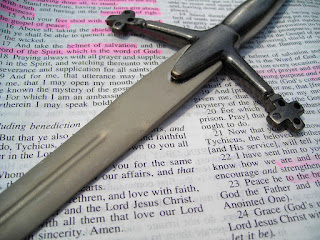 In the days following, every time Isaac would sit next to us or on our lap, Tom and I would silently pray over him in the Spirit. We also have been praying every night as a family for more of the Holy Spirit. Let me tell you, there has been a radical change in my kids and in our household! Isaac is even letting us pray over him now. I even asked him the other day, "Isaac, do you want more of Jesus in your heart?" He responded, "Probably, yes." I'll take that, so I prayed with him! His heart is softening! Pretty awesome!!!

There has still been a battle, but like that scripture, the Lord is fighting for us. One evening when we were praying, one of my daughters was throwing an all out temper tantrum over something trivial. She wouldn't stop. I calmly called her over to myself and began praying over her in the Spirit. Almost immediately, Peace came over her and she stopped crying. Every evening we have been praying fervently, the Holy Spirit has been showing up and his Peace has been descending on us! During the day, my kids have also been a lot more peaceful, pleasant and respectful. My nine year old is ready to tell all the neighbor kids about Jesus's love. I am beyond stoked!