The Heartbeat of God

2 Corinthians 3:18 - And we all, with unveiled face, beholding the glory of the Lord, are being changed into his likeness from one degree of glory to another; for this comes from the Lord who is the Spirit. 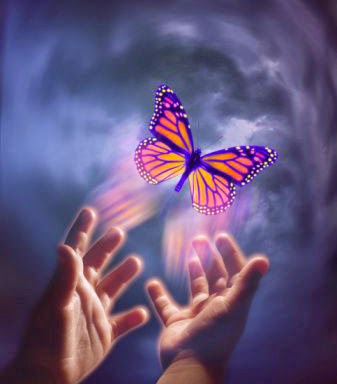 There is an ebb and flow in the spiritual life. As long as we are on this earth, we will always be in a process of transformation and being perfected in love. Sometimes the Lord will give us the freedom to fly for a bit but then he calls us back to himself and wraps us once again in a cocoon of grace and places us next to his heart. In the process of surrendering and placing our trust in Him we are transformed from glory to glory. We begin to see Him more clearly and know His will by getting in touch with His heartbeat. The more we become familiar with the heartbeat of God, the more effective we will be in advancing the Kingdom. We will also become better intercessors and better ambassadors of his love. It is then that we see our prayers being answered.

I think often we do not see an answer to our prayers because we do not have a clear understanding of who God is and what his will is. Jesus only did what he saw his Father doing and he was often moved by true compassion that comes from God. The way he knew what his Father was doing and knew God's heart is because he had a relationship with him and often got away on his own to pray (Luke 5:16).

Our vision of God, the Father is often tainted. We might not have a problem viewing God as a father, but we often view him as a strict father withholding gifts from his children. We go to prayer and we beg Him for His intervention in different situations, not truly understanding his nature of limitless mercy and grace.

Isaiah 55:8 - "For my thoughts are not  your thoughts, neither are my ways your ways" declares the Lord.

In order to know his thoughts and his ways we need to lean our head against his chest like St. John and learn what makes His heart beat.

I am reminded of a story the late John Wimber told in his book Power Healing. He was a pastor and from his study of scripture, he concluded that it was an act of obedience to pray for healing for people even though he felt he often lacked faith for it. After every service he would call people forward who needed healing. He and a team of leaders would pray for the sick. Out of an act of obedience he prayed for people week after week but no one was healed, in fact members of the prayer team were catching colds and viruses from the people they were praying for. His faith for healing was at an all time low when he received a call from a man whose wife had the flu. He needed John to come over and pray for healing for his wife because he had a new job and could not stay home to take care of the children and he could not find a babysitter. John obliged but said to God,


"God...look what you've got me into this time. This guy really believes this stuff. He's going to lose his job, or I'm going to have to take care of his kids today."

John arrived at the house and the situation looked even worse than he expected. The wife was bedridden and looked pretty sick. John laid hands on her and said a quick prayer of healing and then turned toward the husband to explain why some people do not get healed. As he was doing this, the wife stood up. She had been healed!

John left the house and in the car ride on his way home he proclaimed, "We got one God!!!"   John then saw a vision:


Suddenly in my mind's eye there appeared to be a cloud bank superimposed across the sky. But I had never seen a cloud bank like this one, So I pulled my car over to the side of the road to take a closer look. Then I realized it was not a cloud bank, it was a honeycomb with honey dripping out on to people below. The people were in a variety of postures. Some were reverent; they were weeping and holding their hands out to catch the honey and taste it, even inviting others to take some of the honey. Others acted irritated, wiping the honey off themselves, complaining about the mess. I was awestruck. Not knowing what to think, I prayed, "Lord, what is it?"

He said, "It's my mercy, John. For some people it's a blessing, but for others it's a hindrance. There's plenty for everyone. Don't ever beg me for healing again. The problem isn't on my end, John. It's down there."

The key to intercession, praying for people and serving others is first getting in touch with God's heart regarding the person. Instead of begging God to intervene on our behalf, we join our hearts with His heart and our prayers with His prayers. We join with Him in what he is already wanting to do. Let us surrender more fully to the Lord whose love is perfect and complete for us; whose mercy and grace is limitless! Let us lean against his chest and hear his heart beat and then let us go and share his heart with others!
Posted by Lisa at 1:37 PM