My Journey from Catholicism to Protestantism and Back 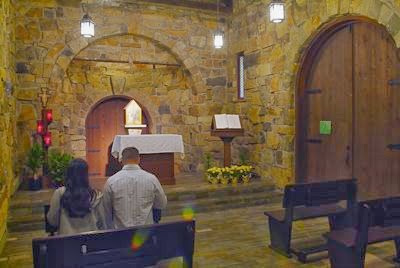 People are often surprised when they find out I went to the Franciscan University (a very dynamically orthodox Catholic college), started a household devoted to the Eucharist, and then ended up leaving the Catholic Church. My conversion story is also very Eucharistic and I even experienced a Eucharistic miracle which you can read about here. I really do not have an easy explanation for why my husband and I left. It was really after a series of events.

Tom and I found amazing community at FUS  with like-minded students who were passionate about their faith. When we graduated, we moved just outside Washington, DC. Tom was a full-time youth minister at one parish and I was a part-time youth minister at another parish. Since we were also being open to life, I became pregnant right away (which was not received well by members of the parish he worked at) and it was a very complicated and hard pregnancy!!! I was very, very sick and when I wasn't working, I was bedridden. Finally when the sickness lifted, around 32 weeks, I went into preterm labor and was placed on bed rest. After that I was in the hospital every weekend because my contractions would get stronger and closer together. At one point I was admitted into the hospital for several days and maxed out on magnesium sulfate (the worst experience of my life). Tom at the time was trying to keep up with being the youth minister, as well as many other responsibilities the staff at the church was trying to place on him. He would still attend mass there even though I couldn't go with him and he would hear sermons from the associate pastor telling the congregation that there was no such thing as personal sin. One day however, while I was in the hospital, Tom was confronted by the pastor as to why he was not attending coffee and donuts after each weekend mass. That was pretty much the straw that caused Tom to decide not to renew his contract for the following year. It wasn't a huge leap of faith since the job only paid $20K a year and we were living in an apartment complex that was one step up from the projects. The lease on our apartment was about to end and we started packing all our belonging in boxes even though we did not know where we were going to go. Oh and our firstborn, Anna held out till I was 36 weeks along so she did quite well and came home with me the next day.

Well, God blessed us and we didn't end up living on the street. Right when our lease was about to run out on our apartment, Tom found out about a teaching position at a Catholic high school in Kalamazoo, Michigan. He applied and was offered the position. When Anna was just a couple months old we moved there and Tom started teaching that fall. At first everything was going well. Tom was hired because the prior religion teachers weren't "Catholic enough". Things started to get a little hairy however after some students were healed of some injuries when Tom said a prayer for healing at the start of class. He was called down to the chancery and given a talking to about how that shouldn't be happening in the classroom even though Tom explained that he just said a prayer, didn't lay hands and it was God who chose to heal. 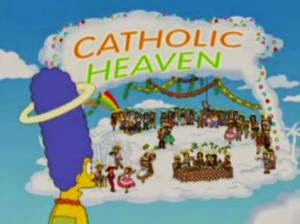 We also ran into some conflict when we tried to help with youth ministry at a couple different parishes. Parents didn't like that we were trying to bring in a spiritual element. They felt youth ministry should just be social. Some of them even said, "the kids are going to leave the church and we need to give them good memories so they come back after they're married and have families of their own." All these conflicts were minimal however compared to the longing we had for real community like we had at college. God seemed to hear our prayer because within a short time, several of our friends from college (Tom's household brothers and their families) moved to Kalamazoo and we started meeting together regularly in an attempt to form intentional community. That dream however was short lived as one by one they all moved away. This left us longing again for community as well as a desire to do ministry.

We then decided to check out the local Vineyard church since we were familiar with the late John Wimber (leader of the Association of Vineyard Churches at the time) and his teachings.  We had also read all his books on "Power Healing" and "Power Evangelism" multiple times. Originally it was not our intention to leave the Catholic Church. We started out going to mass on Saturday evenings and attending the Vineyard on Sunday mornings. That however became too much, especially now that we had two little ones so we started just attending the Vineyard on Sunday mornings and going to a cell group meeting on Wednesday evenings.

There are a lot of things I could say about our experience at that Vineyard Church, both positive and negative. On the positive side, we did find community we were looking for. The people were very genuine and loved the Lord. I was also able to grow in the prophetic and Tom was taken on as a pastoral intern. I won't go into detail with the negative, but basically we were wronged and lied about.  I presume it was out of jealousy and feeling threatened by us. There was a lot of talk about grace at that church but in the end, there wasn't much grace available for us. God delivered us however and Tom was offered a pastoral internship at a Vineyard Church in Clearwater Florida. We sold our house in three weeks and moved across country with all our belongings in our minivan and a 12-foot tow behind U-Haul trailer.

We became very active at the Clearwater Vineyard Church and Tom was a pastoral intern in the hopes of planting another Vineyard in the area. We lived in the St. Petersburg area and did the internship from 1999 till 2003 at which time we were sent out to start a Vineyard in Lakeland, Florida. We started a pretty unconventional church in our living room and attracted young people who were burned out on church and were mostly pastor's kids. We were growing and even split up into two different house churches, getting together as a larger group once a month. Everything was going well but after the birth of our third daughter, we really started to question what we were doing. A lot of the things we were doing were actually very Catholic and liturgical. We had communion every week and baptized babies (not typical of most Vineyard Churches) but still something was missing and we really missed a sense of the sacred and the Sacraments. We also wanted our daughters to grow up with the rich heritage that we felt we had growing up in the Catholic Church. We ended up coming back to the Catholic Church in the fall of 2007.

Catholics often ask us if we felt restless or missed the Sacraments, especially the Eucharist. In all honesty, we had convinced ourselves that Jesus could be just as present in our communion if only we had the faith. But there was a difference. The Lord sort of made up for that in other ways however as we were able to experience intimate and dynamic worship, something that had been lacking in most of the Catholic parishes we had attended. We were also given a lot of opportunities to do ministry that I have yet to experience as a Catholic. My deepest desire is to speak, exhorting the body of Christ as well as evangelization . I was given  that opportunity when I went on a mission trip with a group from the Clearwater Vineyard to Venezuela. We got to speak at a couple different churches there and really saw God move and bring spiritual healing to people. Afterwards I told God, "That was awesome!" He told me, "You haven't seen anything yet!". That really is my heart and I can't wait to see how He is going to bring that about now that we are Catholic. 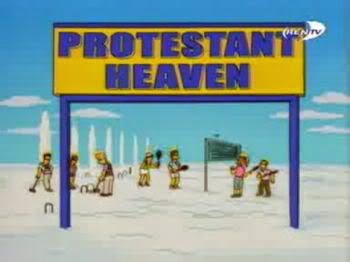 One thing I really liked to do when we were outside the Catholic Church (I don't like to say I was Protestant because I was not protesting anything and never disagreed with Catholic teaching) is try and dispel myths and misconceptions people would have concerning Catholics. Now that we are Catholic again, I like to dispel misconceptions Catholics have toward Protestants and often find myself bewildering Protestants. It is my heart to try to bridge the gap between the two. I do not believe it was ever God's will for the Church to become so fragmented but I do believe He still breathes life into other churches. There is a lot Catholics can learn from their Protestant brothers and sisters and vice versa.

I must also add that since we came back to the Catholic Church we have found an amazing community of Catholics who love Jesus, have surrendered their lives to him, know how to have dynamic worship and are open to hearing God speak. We have found this community both through our church and the BSCD. I am very grateful!