Some might wonder why I am so open about the revelation I receive from the Lord.  After all, didn't Mary ponder all things in her heart?! St. Therese of Lisiuex even said that revealing certain revelation can lessen the fragrance of it. I agree with having the same attitude as Our Lady and St. Therese. I think it is important to initially ponder revelation in our heart. When the Lord gives us revelation, we need to first let it germinate and grow deep roots in our own heart before we share it with others. There are also certain revelations that reflect our intimacy with the Lord that probably should not be shared. Mary pondered all things in her heart but I do not think she permanently kept those things there. Just look at the Magnificat, a powerful, prophetic utterance! There are also Gospel accounts that we might not have if Mary didn't share what she experienced. However, if we let revelation from the Lord germinate first in our own hearts then we can give people a piece of the plant without giving them the whole plant. 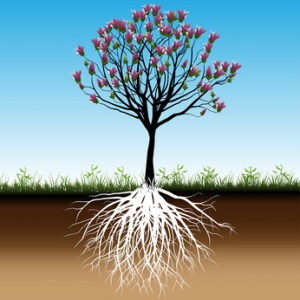 There was a time I was insecure about the revelation I would receive, especially when I would see things others did not see. One such incident involved a girl who was on the worship team at a church I attended.  She was a very likable person and had a lot of friends. However I discerned that she was involved in witchcraft along with some other things. I brought some lesser offenses to the pastor concerning her in order to test the water. Even these lesser offenses were not received so I knew the greater ones definitely would not be. Since the pastor was not willing to do anything about it, I had to take matters into my own hands. I told this girl I could not have a relationship with her outside church unless she got the help she needed. The next couple years, she made my life a living hell! She turned people against me and I'm pretty sure she was cursing  and casting spells on me and my family. I wanted so bad to leave that church but the Lord would not release me.  He was calling me to stay and face it. It felt like I was face to face with a big dragon that was breathing fire in my face and I had to stay and take it.  Finally, that pastor left and we got a new one.  I went to him and told him everything. He believed me, confronted her and made her leave unless she was willing to change. I was relieved to say the least!

After that incident, I just wanted to wash my hands of anything supernatural. I began praying for a nice leisurely life. A life like my sister and her family had. They would go boating and camping every weekend and didn't seem to have a care in the world. I told the Lord I wanted that kind of life and just wanted to be "normal". Well, the Lord honored my request and for about 4 or 5 years he left me alone. I hardly had any revelation at all. I didn't have any dreams or visions and I didn't hear the Lord speaking to me hardly at all. I was absolutely miserable!!! The worst thing about those years is that passion for the Lord was also gone. I kept praying for it to come back not realizing that the lack of passion was also an answer to my prayer. It was so bad that I felt like Jesus could have appeared right in front of me  and I would not have been moved. It was a horrible place to be! I finally realized that this was not the life I wanted and I began to repent for ever asking for a nice, normal, leisurely life. Through the Lord's infinite mercy, he began to restore back the passion in my heart and eventually I began to receive revelation again.

I am forever grateful for the Lord's mercy and that he restored me. I never want to go back to the place I once was. I am very careful now to keep up with my prayer life and my relationship with the Lord. Almost every time I receive communion now I get teary eyed because I realize the level of intimacy that is available to us through the Eucharist. I am so grateful for all his gifts and especially for the gift of tears. I realize that it is  a gift to even be moved by him.

It is amazing to me how the Lord can bring good out of any situation. It is through my experience that I was able to realize that the world does not have anything better to offer. People are miserable if they do not have the Lord. They might appear happy on the outside but on the inside they are lost. People however are not interested in a god that is distant and just a judge in the sky with a list of does and don't.  People want the real deal! They are interested in a Living God. A God that cares about them and they can have a relationship with. Here, especially in the west, Christians might be afraid to admit if they hear from the Lord because they are afraid of appearing "crazy".  However, that is what sets our God apart from other "gods"!  Psalm 135:15-17 says - "The idols of the nations are silver and gold, made by the hands of men.  They have mouths, but cannot speak, eyes, but they cannot see; they have ears, but cannot hear, nor is there breath in their mouths." We are called to have a relationship with God through his son, Jesus Christ. A relationship involves two way communication. People are longing and hungering for that kind of relationship! Our God is a Living God that longs to speak to us and have a relationship with us. This, my friends is why I am not shy about sharing revelation.