The Countdown is On

When I was a senior in high school, I had my first Psychology class and I was hooked! I found it really fascinating and decided to major in Psychology in college. My senior year I switched to Mental Health because I couldn't pass Statistics. I would tutor other students in it, watch as they would end up getting A's and I would fail because of test anxiety, but that is another story.

As children of God however, it is not ideal to hold onto our own defense mechanisms. In fact, if we do, they could be likened to moth balls. Moth balls protect against moths but they sure do stink!

Eventually, if we want to come up higher, mature in the Lord and become more like Jesus, we need to be willing to let go of our own defense mechanisms. It is important that we follow Jesus' example, allow ourselves to be vulnerable and surrender to His Divine protection under the shelter of his wings (taught by the early church to be Jesus' outstretched arms on the cross). 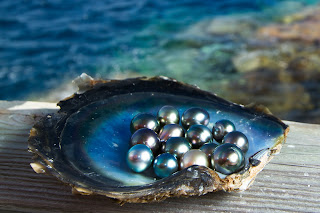 It is often tempting to escape when the pressure in on and when life gets hard but if we will find refuge in the cross instead, the reward will be great!

Some of the most beautiful mysteries of creation are formed under intense pressure, irritation, darkness and heat. Pearls, gold, diamond and crystals to name a few.

Likewise, when we are in the dark valleys of life facing intense pressure, heat and irritation, we can become more fully alive and refined when joining those trials to the sufferings of Christ.

When praying about 2019, I believe the Lord showed me some exciting things for this year! 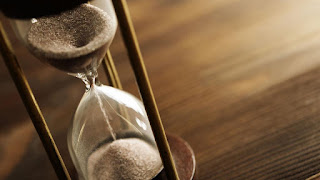 In the past, when trying to step out to do the works that Jesus did, I would get pelted by the enemy and experience setbacks.

A new day is dawning however, the countdown is on and we are now coming into a season  of unprecedented protection for those who will let go of their own defenses and hide themselves in the shelter of the Most High like Psalm 91 talks about.

We have a green light to go forth in the power of His name, lay hands on the sick and see them recover.

These signs will accompany him. In my name they will drive out demons; they will speak in new tongues; they will pick up snakes with their hands; and when they drink deadly poison, it will not harm them, they will place their hands on the sick and they will recover.

Besides the Divine protection this scripture talks about, another verse that struck me with is, "they will place their hands on the sick and they will recover." It doesn't say, after praying for a long time, begging and pleading, they will recover.

Healings are starting to become more common place as God's people are realizing the authority they have in Christ. As Christians begin to realize their authority and that they can pull down their inheritance now, healings will be more common place than in the past. It will become the "new normal". Instead of begging and pleading, often times we just need to lay hold of that which is already ours.

The next great move of the Holy Spirit is upon us! I prophesied about it 20 years ago:


"You are about to witness the greatest move of my Spirit that has ever been poured out on the earth! Unlike the Charismatic movement, it will not be able to be contained. It will start with the youth and spread to the four corners of the earth."


Rise up Church! Hide yourself in Christ! The rain/rein of God is here!