Will the Real Women's Movement Please Stand Up?! 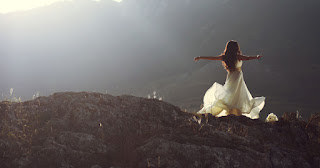 It has been a while since I have blogged. Not because I haven't had anything to say but more because I have had too much to say concerning various topics and trying to organize my thoughts and focus on just one topic seemed too hard and time consuming!

There have been lots of changes in our household! Two of my daughters are now going to the Catholic school connected to our parish. They were previously homeschooled. The Lord often calls us to persevere through hard circumstances but when he is in it, there is usually an underlying peace and joy. If something feels like drudgery and against the current, I think we need to question and re-evaluate whether we are in God's will. That is ultimately what caused my husband to leave his insurance job and for us to end up in Indiana. That is also what led me to start sending my kids to school instead of homeschooling. It has been a big transition but I think it will be really good for them. I also feel a weight lifted off my shoulders! I am still homeschooling one of my daughters who has some learning difficulties and I feel good about that. She benefits more from one on one interaction than she would in a classroom setting.

On another topic, the women's march this past weekend got me thinking and remembering. About 7 years ago, the Lord started speaking to me about a women's movement that he was going to raise up. I do not believe this feminist, pro-abortion women's movement is it. Why do I think this? Well, because it seems to be vulgar, self-serving, self-promoting, exclusive and does not allow pro-life women to be a part of it.

Then I got to thinking and praying about what a true women's movement, led by the Holy Spirit would look like. I believe it would be just the opposite. The devil must sense something is about to spring up. He loves to copy and counterfeit. Everything that God has, Satan has a counterfeit for. There is even a counterfeit for all the fruits and gifts of the Holy Spirit.

There is false love, peace, joy, etc... True love is sacrificial, just look at the cross for an example! True love is also rooted in truth. True peace surpasses all understanding! True joy isn't just a feeling of happiness but a euphoria that comes from being in the will of God despite external circumstances!

Okay, off my soap box but praying that the real women's movement will rise up and show the world what real women and sacrificial, Christ-like love looks like!

*Edited to add - I just would like to clarify that I do not think women who participated in the Women's March are evil. I know some really good women with good hearts that went to the march. Their intentions were pure and reasonable. I also admire the courageous pro-life groups who went even though they were spat upon, charged and pushed to the ground. I think it is good that they were a presence there. My take on the March however is it fell short and missed the mark, and did not represent all women.
Posted by Lisa at 11:59 AM