The Kingdom of God is Within

If you have been following my blog, you know that I haven't been blogging as often as usual lately. To be honest, Tom (my husband) and I have been going through a tough time and have been trying to figure some things out.

For years now, we have been trying to figure out our ministry niche and what God's will is for us. Tom has a degree in Theology but for the last seventeen years he has been working in insurance at a company in Clearwater. Ten of those years we have lived in Lakeland and he has been commuting to and from work. That means for three to four hours he is in the car everyday. He usually leaves the house around 7am and arrives home between 7 and 8 pm. 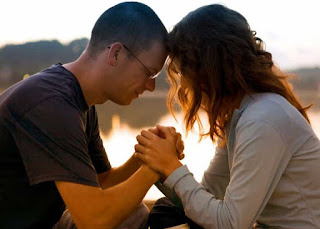 It would be one thing if it was a job he loved but it is not his passion to say the least. It also is a very stressful and demanding job with unrealistic expectations that cannot humanly be met unless he lived at his job 24/7. It sucks the life out of him! By the time he gets home after a stressful day and 2 hours in the car in rush hour traffic, he is SPENT! Also since he doesn't usually arrive home till close to 8pm and around the time the kids are also getting ready for bed, the most stressful time of the day, this has not been good for his relationship with our children. It also does not allow him the time to be involved in much ministry at the church. We are thankful that it pays the bills but feel there must be more to life.

We have been crying out to the Lord about it for some time. I know the Lord has used it to build character and whatnot, but I would love to see Tom find a job where he could use his gifts and talents and a job that is rewarding and he enjoys going to. A job that doesn't suck the life out of him and take up all of his time.

Several months ago Tom came across a ministry position that made his heart race. It was a national, young adult ministry position that would have availed him the opportunity to also work from home. This sounded like a dream job and made us both excited. He applied for it and even was interviewed for the position. He ended up being one of the five final candidates. We were hopeful! For six weeks we prayed together every night and even prayed a couple novenas. Well, after six weeks of waiting, we found out he didn't get it. It was very disappointing to say the least even though we knew that if he didn't get it, then it wasn't God's will. If it wasn't God's will and his best for us then we wouldn't want it anyway, but it was still disappointing.

So, now we are in a place again of seeking and waiting. We are continuing to pray together most evenings, which has been very uplifting and faith-building. The Lord showed me that through us praying together, he is able to build infrastructure so we can eventually fly spiritually. Kind of like the bones in a bird's wings. Praying together has been helping build those bones.

If both Tom and I search our hearts, what we ultimately want to see is God's Kingdom manifest in our lives and the lives of others. God's Kingdom is His presence, manifestations of the Holy Spirit, lives changed and transformed, and also miracles. I think for us to get to the place where we see this kind of Kingdom manifestation, we need to continue to surrender to the Lord's transforming work in our own lives. We have been doing this for a long time so we are probably closer but there is probably still more the Lord wants to do before releasing us. 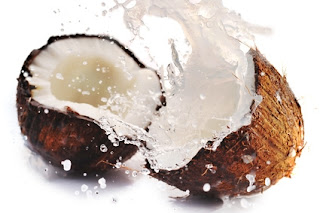 Needing some encouragement, Tom and I were praying together recently and the Lord showed me a coconut. In the middle of the coconut is the rich, nutrient filled coconut milk. First however, you need to break through the thick, outer shell. In this analogy, the coconut milk represents the Kingdom of God. The hard outer shell represents unbelief, fear and doubt, to name a few. I share this because I don't think Tom and I are the only ones that can use more faith and may struggle with unbelief at times.

Last Thursday's Gospel reading was from Luke 7, which says," The reign of God is not “out there” but is already among us.

The Kingdom of God is within us. If we are believers, we have the Holy Spirit. If we want to walk in the fullness of that knowledge and see the Kingdom manifest around us, first it needs to burst forth within us.  We need to allow the Lord to break through the walls of unbelief, fear and doubt that have accumulated through trials and giving into worldly mindsets. We need to have the faith of little children again, knowing that we serve a good and loving Father that withholds nothing from His children (Luke 11:11)! It is then that others around us will also be able to taste and see that the Lord is good!