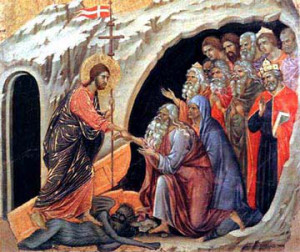 I have been Catholic most of my life however the topic of Indulgences is something I never really thought much about. Until this year, the topic of indulgences never really came up. The only time that I thought about indulgences in the past was after reading through one of my grandma's Pre-Vatican II prayer books. After each prayer, it would say how many indulgences a person would receive after saying the said prayer. I thought that was a little odd! After all, shouldn't we be doing spiritual acts out of love for God and not just to gain an indulgence?!

This year, the topic of indulgences has come up multiple times among Protestants I know, who are considering Catholicism. Also, a group I belong to at my church had a discussion about indulgences recently. These things have provided an opportunity for me to look into the topic more closely.

The Catholic Church teaches that we can repent and ask for forgiveness of our sins but often the effect of the sin on our soul is still there and we need to be purified. It is not too hard to comprehend when you think about the emotional wounds we receive when we sin or when someone sins against us. When we receive purification we also receive healing.

Another example or analogy would be if you stole something, you can ask for forgiveness but you still should give the item you stole back. Spiritual acts or acts of penance can help purify us of the effects of sin here on earth or for someone else who is in Purgatory. The official definition of an indulgence according to the Catechism of the Catholic Church is:

The remission before God of the temporal punishment due to sin whose guilt has already been forgiven. A properly disposed member of the Christian faithful can obtain an indulgence under prescribed conditions through the help of the Church which, as the minister of redemption, dispenses and applies with authority of the treasure of the satisfactions of Christ and the saints. An indulgence is partial if it removes part of the temporal punishment due to sin, or plenary if it removes all punishment (1471).

One reason people have a problem with indulgences is because there were abuses in the middle ages concerning them. Corrupt members of the clergy would sell indulgences, however the Church ended up condemning this act. One stipulation for even receiving an indulgence is that you have to have the right heart attitude. So, I was correct in thinking that you should not be doing a certain spiritual act just to receive an indulgence but primarily out of love for God and to draw closer to him.

It is ironic that some people have a problem with indulgences the Church offers but they have no problem being indulged by the things of the world. It is getting harder and harder to even tell the Christians from the unbelievers because so many Christians have given in to indulging the spirit of this age. Some Christians have no problem indulging in greed, excessive technology, premarital and homosexual acts, abortion, and consumerism to name a few. It is becoming harder and harder to even be an integral part of society without agreeing or partaking in these and other worldly things.

The spirit of this age is pervasive! It is nearly impossible to function in society without the latest technology. It is becoming harder and harder to buy anything without supporting abortion or slave labor. It is becoming increasingly more difficult for businesses to sell goods without agreeing with gay marriage or providing abortificient drugs. It is nearly impossible to buy food that hasn't been stripped of it's nutrients and contaminated by pesticides because of unconcerned corporations. (It reminds me of Revelations 13:17.)

The good news however is there is another way! God is calling and even beckoning us..."Come away with me, my beloved! Leave this world behind! I know you like to be indulged! Here, accept my indulgences! I offer you life and life abundantly! All you have to do is take up your cross and follow me! My cross will bring you peace and joy overflowing! You are worth more than all this world has to offer! There is nothing you could give up, that I won't make up for 100 fold in the age to come!"